Situated along the winding meander of the Mississippi River in Louisiana, New Orleans Plantation Country is 120 miles of magnificent southern live oaks, green sugar cane fields and stately plantation homes.  This region is home to several noteworthy New Orleans Plantation tours of stately plantation mansions and grounds that share the history and stories of their owners and former residents, many of whom were Black slaves.

Visitors to this beautiful River Parishes region just an hour outside of New Orleans are treated to serious southern hospitality, culture and culinary experiences. Guests should also be mindful that the history of the area and its many fine plantation houses lining the river was once rooted in the business of sugar cane and slavery. Human beings were trafficked, abused and sold like property, and as such, it’s important to be respectful and reverent when visiting historic plantations.

Taking a New Orleans River Parishes tour makes for an easy and excellent day trip tour from New Orleans. From the Big Easy, follow Highway 61 west and veer towards the river road on either side of the Mississippi to access these plantations. Visitors are recommended to book tickets online ahead of time, as group sizes are limited and popular tour times will sell out.

In the 18th century, much of the River Parishes area west of New Orleans (currently St. Charles, St. James and St. John the Baptist Parishes) was settled by German-speaking immigrants, and became known as the German Coast. Many of the early settlers intermarried with the early French-speaking settlers and became farmers and plantation owners, which included owning slaves from Africa and the Caribbean.

Each of the Plantation houses lining the Mississippi River has survived floods and the Civil War, and each has a unique story to tell. Either of what life was like during the height of the antebellum south before the American Civil War, of its inhabitants and families, or of the thousands of unnamed individuals who lived and died as slaves, working ‘dark to dark’ in the fields on the plantation properties.

It’s impossible to set foot in New Orleans Plantation Country and not appreciate the impact of African culture and the sacrifices of the enslaved. Their influence can be seen in the food, art, architecture, language, folklore and people of Plantation Country.

The variety of New Orleans Plantation tours will entice visitors to schedule their visits over a few days if possible, as each plantation is unique and will illuminate the past in fascinating ways.

Only have one day to spend in the River Parishes?

Pick the plantations that you find most interesting. But be sure to book tickets to tour the Whitney Plantation. Read on to see why we recommend that plantation tour in particular.

Once known as the Sugar Palace for its wealth and the grandeur, Houmas House Plantation is a grand 18th century mansion house and grounds with an oak allée that once stretched to the shore of the Mississippi.

The 60-minute guided tour walks guests through the ornate rooms of the first and second floors of the manor house. The spacious rooms are decorated in period furniture, frescoes and murals that showcase the high life that owner John Burnside would have enjoyed during the height of his wealth, just before the Civil War.

The grounds of Houmas House were once planted with highly lucrative sugar cane, but now consist of extensive gardens with sprawling and magnificent 500-year old southern live oaks and a Japanese pagoda, pond and garden.

There are guest cottages for overnight stays, restaurants and the Turtle Bar on the property, as well as a display of a pre-Civil War submarine. The Mansion exists as a window into a lost world, one that you might have seen depicted in Gone with the Wind.

On the south side of the Mississippi River, the Laura Plantation offers the perspective of a 19th century plantation house run by a series of strong French Creole women. Being Creole represented a French-speaking, Roman Catholic cultural identity based in a Louisiana birthright before the Louisiana Purchase of 1803. Creoles could be free, enslaved, white, west Africans, and native American.

However, as our excellent guide Joseph noted on our tour, a shared language, religion and cultural integration did not mean equality. Creoles could be owners and slaves, both living and working in the same plantation house.

The bright yellow and green of Laura Plantation indicates that it was a working house, occupied during the sugar cane harvest by the family and the plantation’s 185 slaves.

Examples of the slave cabins can be visited on the plantation tour. Those out-buildings show spartan and crowded wooden clapboard slave quarters in which life would have been difficult and unimaginable in today’s context.

The house’s final family owner, Laura Locoul Gore was born as the Civil War began. She kept detailed journals that provided a glimpse into the family’s history and were published in a book after her death in 1963, when John F Kennedy was President. Her family’s story began as one of plantation life and slave ownership, but she chose to leave that life behind, for reasons worth exploring in her memories, which were rediscovered in 1993.

Opened in 2015, the Whitney Plantation tells the powerful story of slavery from the slave perspective. Thanks to the Federal government’s Writers Project of the 1930s which interviewed former slaves who’d been children during the Civil War, the stories and memories of slavery, along with the names of 100,000 former slaves, are noted in stark and often disturbing detail that is meant to educate current and future generations about the past.

Whitney Plantation Museum is the only museum in Louisiana with an exclusive focus on the lives of enslaved people, and one of the few in the entire United States. As our guide Cheryl noted, the museum tours are designed to educate. For many visitors, the information shared at the Whitney Plantation Museum will be new, and often difficult but necessary to hear.

Through extensive outdoor exhibits, sculptures, and memorials, the Whitney Plantation Museum does a masterful job of providing valuable insights into the brutal life of the enslaved, and the machinery and people who kept the business of slavery in motion for so long.

As we toured the grounds and learned about the living quarters, daily working life and punishments meted onto the enslaved, we were reminded that the ground on which we were standing was the location of profound human suffering.

The Whitney Plantation Museum has commissioned artists to commemorate the many lives lost through moving sculptures found throughout the grounds, including; Giving Back the Chains, the Children of Whitney by artist Woodrow Nash, and the Field of Angels.

For those who want to delve deeper into the history of the enslaved, find your way to the back of the grounds to learn about the Slave Uprising of 1811.

Here, visitors can read about the Uprising and view the 63 ceramic heads created by artist Woodrow Nash, depicting the revolutionaries. The ceramic heads are mounted on poles, just as they were post-uprising in the 19th century, to deter future revolts or uprisings by the enslaved.

With 37 buildings on the National Register of Historic Places, including 22 slave cabins, Evergreen also has been granted landmark status for its agricultural acreage. Evergreen Plantation remains a privately owned, working sugar cane plantation.

The Evergreen Plantation tours include the main house as well as the complex’s preserved slave quarters and other dependencies.  Dating back to 1790, the “Big House” began its existence as a raised Creole house, and was remodeled to its present form in 1832.

The 90-minute tour emphasizes the plantation’s dependence on slave labor, as well as the labor of freed African-Americans later in its history that was necessary to operate such a large enterprise. With so many of its structures still intact, Evergreen Plantation offers visitors an real representation of the plantation culture in Louisiana.

The Oak Alley Plantation is a 200-year old historic site dedicated to preserving and interpreting its history. Located along the same winding river road as Laura Plantation, Oak Alley is known for its famous and breathtaking alley of southern oak trees, under which visitors can walk while experiencing the interpretive exhibits of the plantation house and its 28 acre property.

St. Joseph Plantation is a working sugarcane plantation. A family home rich in history, the house has also been the backdrop to many film and tv productions, including 12 Years a Slave, Mudbound, and Queen Sugar.

Joseph Waguespack purchased the home after the Civil War and operated it as a working sugarcane plantation. Today, it remains owned and operated by his descendants. During a tour, visitors can view original dwellings of the enslaved, learn of its rich history, and visit film and tv locations.

Disclosure: The writer thanks Louisiana Travel and New Orleans Plantation Country for hosting her visit to the region and the plantations of the River Parishes. 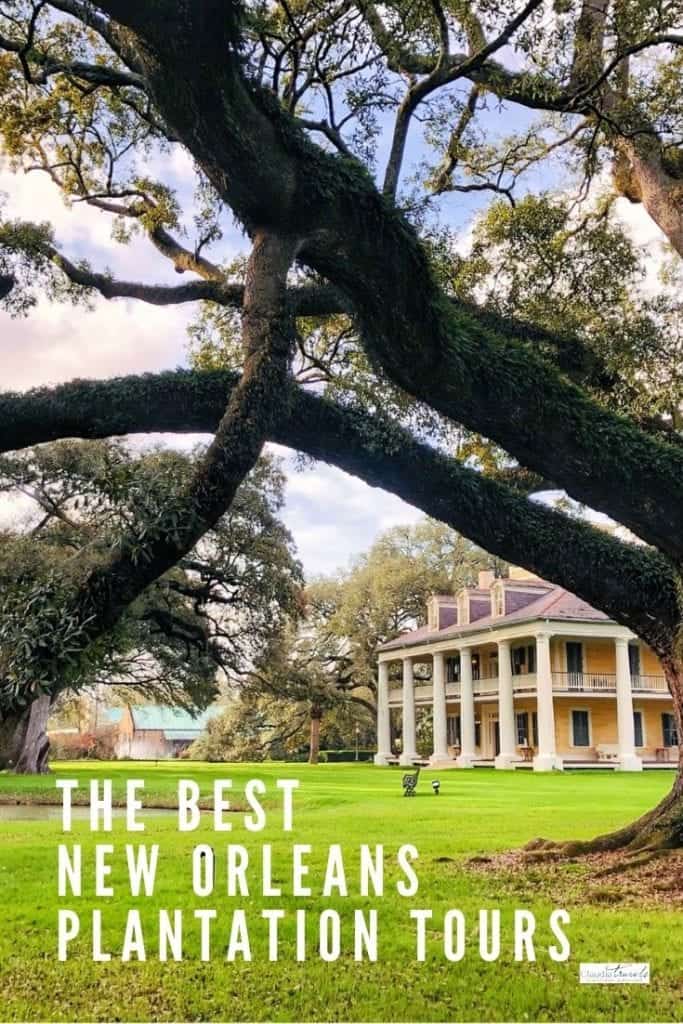