Five of the Coolest Retro Motels in North America

The popularity of the road trip has reinvigorated motel culture across North America. Almost a century ago (1925 to be exact, in San Luis Obispo, California), motels were designed to offer a direct line from car-to-bed. “Mo-,” as in motor = a motorist’s hotel.

After World War II and with the increase in car ownership, motels began popping up along every highway. The 1950s and ’60s were motels’ happy heyday until traffic patterns and corporatization changed the motel culture.

Until the 21st century, when what was old became new again, and motels were dusted off, renovated and refurbished to celebrate a new age of retro design chic and amenities for today’s road tripping families. These five properties showcase the best of the motor inn cultural revolution.

Travel back in time to the heyday of motor inns at the historic Austin Motor Inn in Austin, Texas. This motel’s retro cred is legitimate and personal; the Stewart family opened the property’s doors – and turned on its landmark neon sign – back in 1938, positioning it for the boom of the post-war automobile and road trip industry.

The Austin Motel sits just south of the Colorado River and downtown, in view of the State Capitol and walking distance to the famous bat bridge. Part of the beloved South Congress neighborhood, the motel is surrounded by some of the city’s most interesting dining, nightlife and shopping.

The motel has 41 brightly colored and fully retro-chic guest rooms and suites that can easily accommodate families and pets. The kidney-shaped pool and lido deck are renowned as one of the best swimming pools in town.

The Motel is in easy access to bus lines and Austin’s lovely hike and bike trails that connect to Zilker Park, Barton Springs Pool and the Barton Creek greenbelt.

Welcome to an oasis in the city. The Burrard is a fully renovated former mid-century motor inn from 1956, located in downtown Vancouver, British Columbia.

The hotel exudes character from every joist, railing and sightline. Along with its funky vibe and brightly colored doors, the hotel has a secret outdoor palm tree-filled courtyard that makes you feel like you’re in California or the Caribbean.

The courtyard is this hotel’s secret weapon. It’s truly a secret escape that mutes the city’s bustle and includes a seating area with large gas fireplace and amenities like ping-pong tables.

The Burrard Hotel is pet-friendly and can accommodate families of four in cosy comfort. Extras include free WiFi, Nespresso machines in all 72 rooms, and an insider city guide providing the ‘fresh list’ on local gems and the latest and greatest spots to discover.

The Burrard is in walking distance to English Bay, the West End, great dining options in Yaletown, the green heart of the city, Stanley Park, and the entire downtown peninsula. Elysian Coffee and Burgoo Restaurant are on-site for easy access to coffee, baked goodies and stick-to-your-ribs lunch or dinner fare.

This converted 1960s mid-century modern roadside motel near Santa Barbara, California, has been transformed into a chic boutique hotel that just happens to be in the body of a former Holiday Inn.

Operated by Kimpton Hotels, design-forward, retro chic The Goodland describes itself as a boutique surf hotel, embodied by the retro surf wagon outside the front lobby. From the macrame wall hangings to the wicker chairs, vintage movie posters and hexagonal floor tiles, retro beach culture is strong here.

Suites at the Goodland are bright and spacious, with all modern amenities. Rooms feature comfy beds and sleeper sofas, patios, and living rooms, ideal for families. Fur babies are welcome as well and treated to pet beds, food and water bowls, at no extra charge. Each room has in-suite, old-school record players, which you can supply from VNYL, the motel’s in-house record store.

The motel has a pool and lounge area, fire pits, a fitness centre, and hosts poolside yoga classes, rents complimentary hotel bikes, and is home to two pool tables and a backgammon nook.

This transformed vintage motor lodge is located directly in the middle of Saratoga Spring’s main drag. With a wood and grey brick exterior leading to a brightly light, white brick interior courtyard, the two-storey Spa City Motor Lodge is in the center of the town’s vibrant shopping and dining scene.

The Lodge’s 42 rooms are inspired by the dynamic artist culture and a modernist tradition. The simple design aesthetic is evident from the cute Micro Queen room to the Double Queen that can accommodate up to four people and includes a walk-in shower.

The Lodge is right on Broadway, Saratoga’s most happening street. Step out the door into the heart of downtown Saratoga Springs. From lively restaurants and bars to beautiful outdoor spaces and museums, everything is just a short walk away.

Tour the eclectic Beekman Street Arts District or discover the area’s natural hot springs. Further afield, the Lodge is well-situated to be the hub of an upstate New York adventure. The Saratoga Race Course, Saratoga Performing Arts Center, and Saratoga Lake are all within an easy distance.

The newest Hotel Zed location in the charming village of Tofino, British Columbia shares all the nostalgic coolness of its sister properties in Victoria and Kelowna, but with a wilder, edge-of-the-world feeling that comes with being perched on the Pacific Ocean.

Hotel Zed Tofino is well located south of the village, with access to serene mudflats home to a local bird sanctuary and nearby Chesterman Beach. Pacific Rim National Park and Long Beach are not far away. The 1970s-era hotel vibe is visible from the wood-paneled station wagon parked in the entrance to the sunken lobby living room, retro arcade and mini disco complete with an interactive light-up floor.

A cycle path travels right through the lobby, complete with a working rotary dial phone (teach the kids!) and retro check in counter. There’s even at the psychic’s den to stop in to check on your future, on your way to your room.

The hotel suites are funky and can accommodate up to four persons, and the hotel is pet-friendly, for a small additional cleaning charge. Hotel Zed is home to Roar Tofino, a unique, family-friendly restaurant where locally sourced, seasonal ingredients are cooked over a live fire -even dessert. 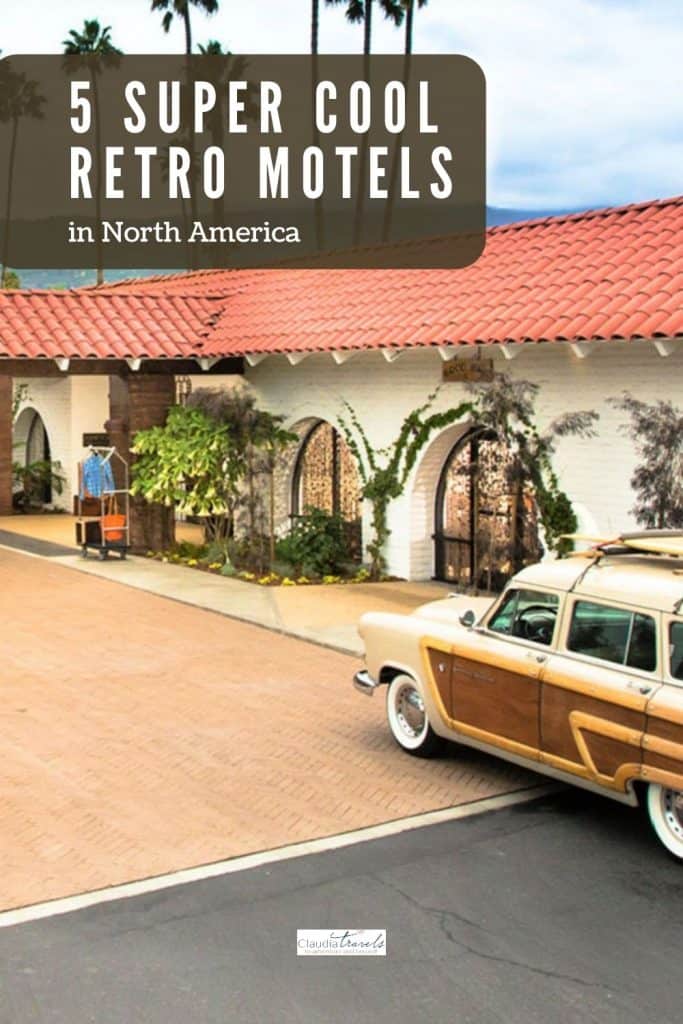